Picnic in the Park – Grangewood Park – this Sunday! 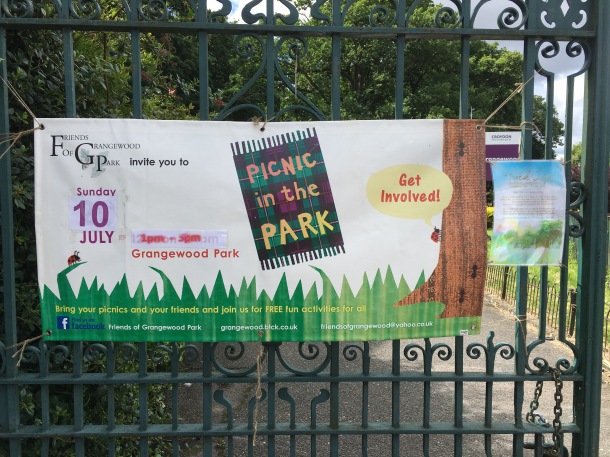 Picnic in the Park

Dear Friends
As many of you know, the Friends of Grangewood Park organise the ‘Picnic in the Park’ every summer, a great free event for the whole community.   Likely date is Sunday  12th July.
This year we are desperately in need of volunteers to help organise and run the event.
So if you have a few spare hours to help out over the next few months we would love to hear from you…enthusiasm is essential, but we can put to use any skills and time you have!
We are also planning an AGM in May (date tbc) when we will be inviting people to join the committee – we are looking for a new Secretary as well as general committee members.

The Future of Croydon

The Future of Croydon is a platform dedicated to promoting the positive side of Croydon. Established in September 2012, we aim to inspire and educate our audience by showcasing individuals and organisations within the borough who are making a difference and impacting on the future of our community. 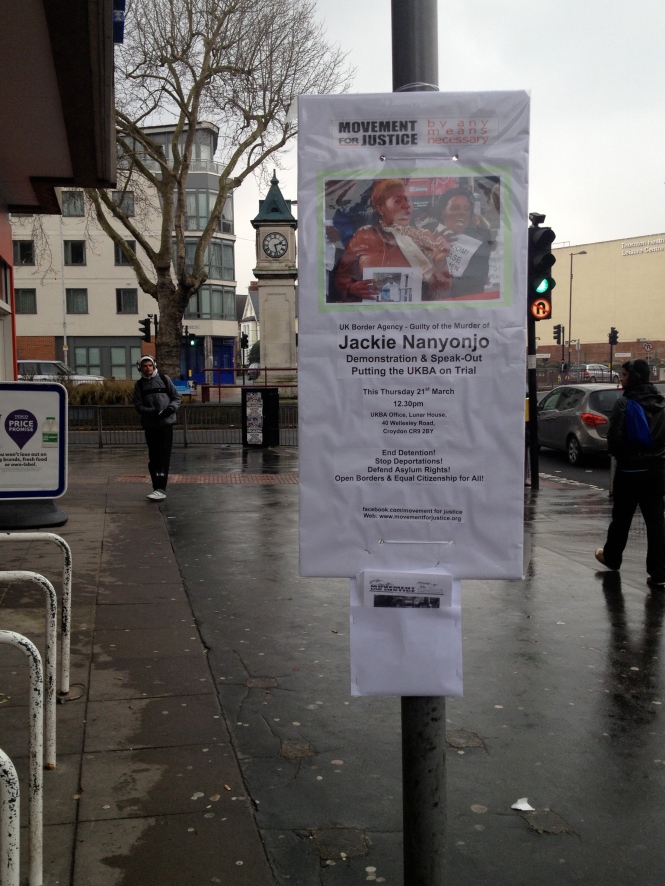 Demo about deadly UK deportations. Jackie Nanyonjo died in Uganda after deportation by the UK Border Agency contractor Reliance. The Movement for Justice organised this demo near the clock tower in Thornton Heath.
Demo tomorrow outside Luna House home of the UKBA.

A pilot Comedy show on the 23rd March from 8pm 4 comedians and an MC.

If laughter is your cup of tea come and see our excellent comedians. if this is a success it will become a regular event here at the Napier. Appearing this day is MC Bobby Carroll. Support act Tom Toal.Main act Brian Damage & Krystal with further support from Hannah Warman and Rue Barrett. Entry is free but drinks are not  so come and have your ribs tickled

The Tea Dance
It’s the Sunday tea dance and they’ll all be here today,
Aches and pains forgotten, dance the afternoon away,
Foxtrots, waltzes, some are slow but some quite nifty,
With memories of how it was back in 1950.
Norman’s in the toilet and he’s struggling to pee,
He’s got trouble with his prostate and he’ll likely miss his tea,
Eddy’s got a new love that he met in Thornton Heath,
She does a lovely tango but she hasn’t any teeth.
His latest fancy footwork nearly broke his partner’s neck,
She mistook his outside swivel for a travelling contra check.
Ida’s had her hair done and she’s ready for the saunter,
But she had a vindaloo last night and it’s coming back to haunt her.
Florry’s mini-skirts revealing when she’s spinning in a jive,
She really shouldn’t wear a thong approaching eighty-five.
They’ve had their tea and cakes and chat and had a little laugh,
And gamely rise with creaking knees to face the second half.
Norman’s made it back in time for rumba number one,
His cucaracha’s very neat but he’s left his flies undone.
Vera’s fallen over in a massive crimplene heap,
Bert’s got indigestion and Mabel’s fast asleep.
It’s last waltz time and up they get for Humperdinck’s old tune,
And then “goodbye, good luck, take care. God willing see you soon.” 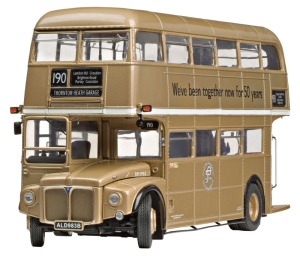 In 1983, London Transport celebrated its 50th Anniversary by decorating four buses in special liveries. RM1983 was repainted all over in gold, the appropriate colour for a Golden Anniversary. It carried no advertising, just the slogan “We’ve been together now for 50 years” on both sides, and the special 50th Anniversary logo in white. The gold RM1983 entered service on April 30th at Thornton Heath Garage in the Croydon operating district, and then visited all eight operating districts until it was repainted red in February 1984.